PI – Nicholas J. Dygert [Google Scholar] [RG] [Twitter]
Nick is an experimentalist interested in the dynamic evolution of planetary interiors and crusts. He has a B.S. in Geochemistry (Honors) from the University of Rochester, and Sc.M. and Ph.D. degrees from Brown University. Nick was a Distinguished Postdoctoral Fellow in the Jackson School of Geosciences, University of Texas at Austin, and joned the faculty at the University of Tennessee, Knoxville in 2017. He was named the Larry and Dawn Taylor Assistant Professor of Planetary Geosciences in 2019. 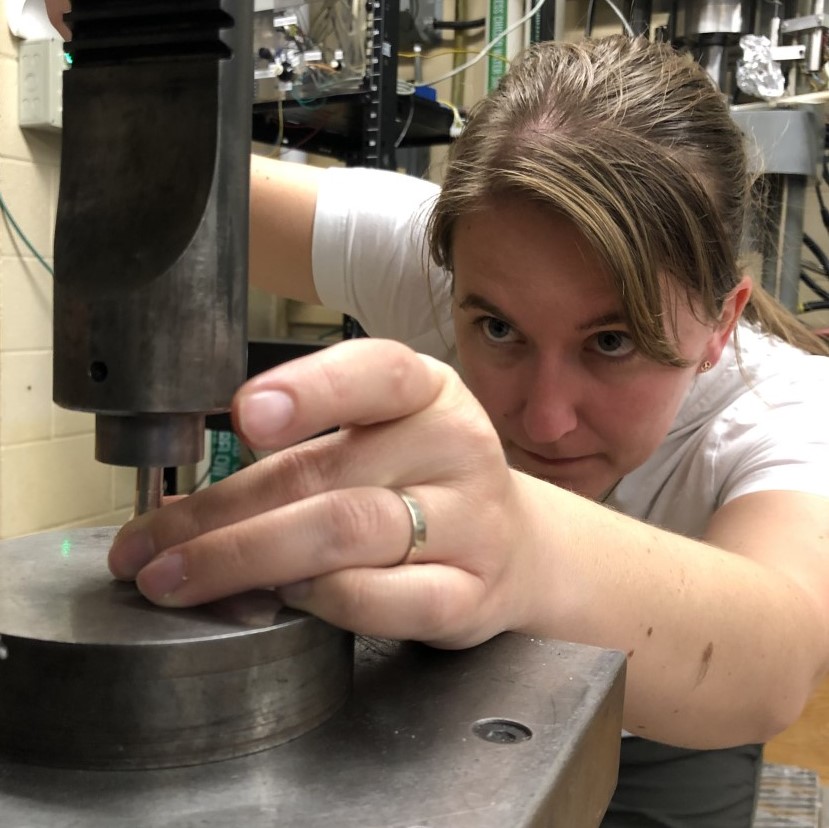 Nadine Grambling – PhD Track [RG] [Twitter] [Web]
M.S. Earth and Planetary Sciences, Timing of erosional episodes in the Marble Canyon and Vermilion Cliffs region from apatite (U-Th)/He thermochronology, University of New Mexico, 2015
B.S. Geosciences, University of Arizona, 2012
Nadine is investigating the geochemistry and rheology of terrestrial samples and experimental analogues. Her present research includes the formation and cooling of the lower crust and upper mantle at fast-spreading mid-ocean ridges through application of geothermometry and geospedometry to samples from Hess Deep and the Oman Drilling Project, and studying the process of lunar mantle overturn using Griggs apparatus experiments on ilmenite-olivine aggregates at Brown University, paired with EBSD work on the deformed samples. Nadine is active in outreach, working with the McClung museum on campus, as well as multiple non-profit groups in Knoxville to provide informal education to the K-12 crowd on geology and planetary related topics. 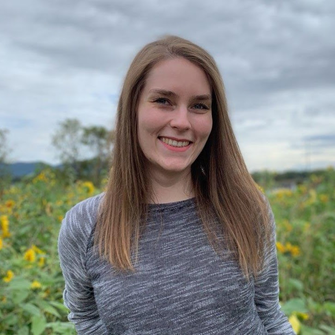 Jesse Scholpp – PhD Track [RG] [Twitter]
M.S., Pre-Eruptive Evolution of Izu-Bonin Boninite Melts: Mixing, Cooling, and Crystallization , Utah State University, 2020
Related publication: Petrologic evolution of boninite lavas from the IBM fore-arc, IODP expedition 352: Evidence for open-system processes during early subduction zone magmatism. American Mineralogist.
B.S., University of South Florida
My interest is the petrologic and chemical evolution of rocky planets and moons. I will be investigating the chemical effects of cumulate mantle overturn in the lunar mantle using experimental techniques. I will also be a shipboard participant in IODP Expedition 391, researching the chemical evolution of the Walvis Ridge hotspot track following the separation of the mantle plume and mid-ocean ridge melt sources. I will also be investigating the processes which control the fractionation of the 3He/22Ne isotopic system in the Earth’s mantle.

Dian Ji – MS Track [Twitter] [RG] [Web]
B.E. Resource Exploration Engineering, China University of petroleum (Beijing), 2020.
Dian is interested in igneous petrology. His previous research involves exploring the petrogenesis of the Early Cretaceous adakities in Northeast China and the tectonic setting at that time by the distribution, petrological characteristics, major and trace elements, and geochronological and isotopic data of the adakites. Dian is now focusing on the Eu anomalies in lunar plagioclase by the numerical modeling to the published crystallization sequences and cumulate products of lunar magma ocean. 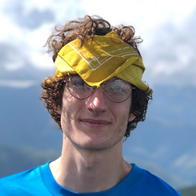 Noah Hooper
Noah Hooper is an undergraduate researcher investigating the potential for metal flotation on magma oceans and developing a gas mixing furnace for conditioning experimental starting materials. His interest lies in the dynamic behavior of magmatic systems within rocky bodies and meteoritic studies. Noah will be graduating in the summer of 2022 with a B.S. in Geology and Environmental Studies (Geology Concentration). He is going on to Brown University to pursue a PhD. 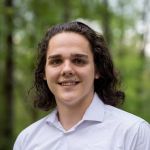 Máté Garai
Máté is a research assistant and undergraduate student from Budapest, Hungary. He is majoring in Physics and Mathematics at The University of the South. There, his research team, led by Prof. Lily Thompson focuses on high-pressure diamond anvil cell experiments to investigate phase transitions of epsomite and other similar minerals proposed to exist on Mars and various Galilean moons. His main interests include high-pressure mineral physics, spectroscopic analysis, and high-energy particle physics. Máté will spend summer 2022 at UT investigating the thermal, chemical and physical evolution of asteroid Vesta using cumulate eucrite meteorites and numerical simulations. 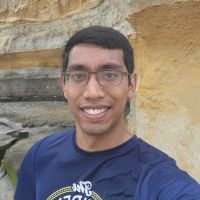 Brendan Anzures PhD, Brown University, 2021. [Google Scholar] [RG] [Twitter] [Web]
Brendan is a planetary geochemist with a spectroscopist twist interested in the formation and evolution of airless rocky bodies in the early solar system (Mercury, meteorites, and asteroids). He uses high-pressure, high-temperature experiments and meteorites to understand the chemical behavior of planetary materials at depth and at the surface, with a special focus on the behavior of volatiles (S, C, F, Cl, H). He holds a B.S. in Geology (magna cum laude) from Rensselaer Polytechnic Institute as well as a M.S. and Ph.D. from Brown University in Planetary Geosciences. At UTK, Brendan is investigating the thermal and redox history of winonaite and IAB iron meteorites. 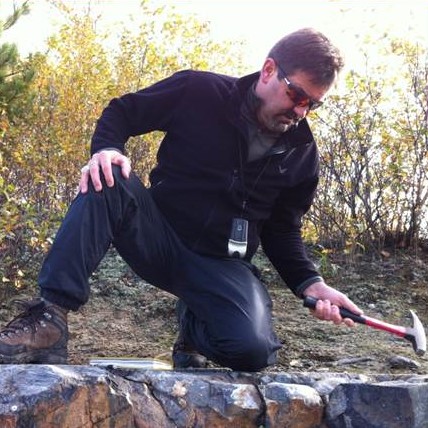 Michael P. Lucas [RG]
Mike is a planetary scientist interested in the composition, petrogenesis, and evolution of the rocky bodies of the Solar System. He holds a B.A. and M.S. in Geology from the University of South Florida, and a Ph.D. in Geology with a specialization in Planetary Science from the University of Tennessee. His expertise is in astronomical spectroscopy, meteoritics, petrology, and geochemistry. Mike’s research crosses traditional boundaries between geoscience and planetary astronomy by integrating meteorite analyses with spectral observations of their parent bodies (i.e., asteroids) using large ground-based telescopes. Mike went on to a research position at the University of Notre Dame.

Taryn Hicks
B.S. Geology, University of Tennessee, Knoxville, 2020
Taryn is quantifying the effects of the tectonic history of the Southwestern United States on the thermal evolution of its lithosphere. Her research involves analyzing major and trace element geochemical data to elucidate formation environments and histories of mantle xenoliths. Her broad research interests include terrestrial and planetary landscape evolution, and its dynamic origins. Taryn went on to the MS program at Auburn University. 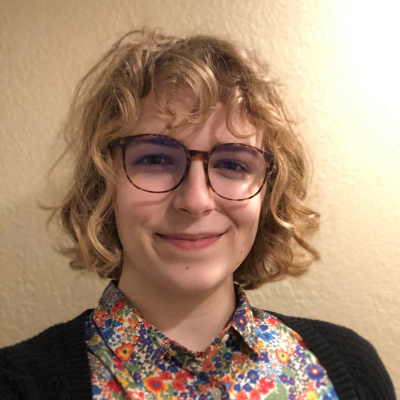 Beau Boring [RG] [Twitter]
Beau is an undergraduate researcher broadly interested in planetary interior processes and materials utilizing geochemistry. She will be graduating with a B.S. Geology and Environmental Studies (Geology Concentration) in Spring 2021. Beau went on to the PhD program at Brown University.